Korea researchers announced that they have developed a GaN Micro LED that can be folded and cut by scissors. The team demonstrate a method of creating a deformable LED based on remote heteroepitaxy of GaN.
The research, titled “Remote heteroepitaxy of GaN microrod heterostructures for deformable light-emitting diodes and wafer recycle,” was published in Science Advances on June 3, 2020. The research was jointly conducted by professor from Sejong University and the University of Texas.
The team manufactured Micro LEDs on a graphene-coated wafer by remote epitaxy. Given that the graphene surface does not chemically bond with the LED, the whole Micro LED is peeled off with an adhesive tape to form a panel. As a result, the LED can be freely deformed without breaking and the wafer can be reused repeatedly. 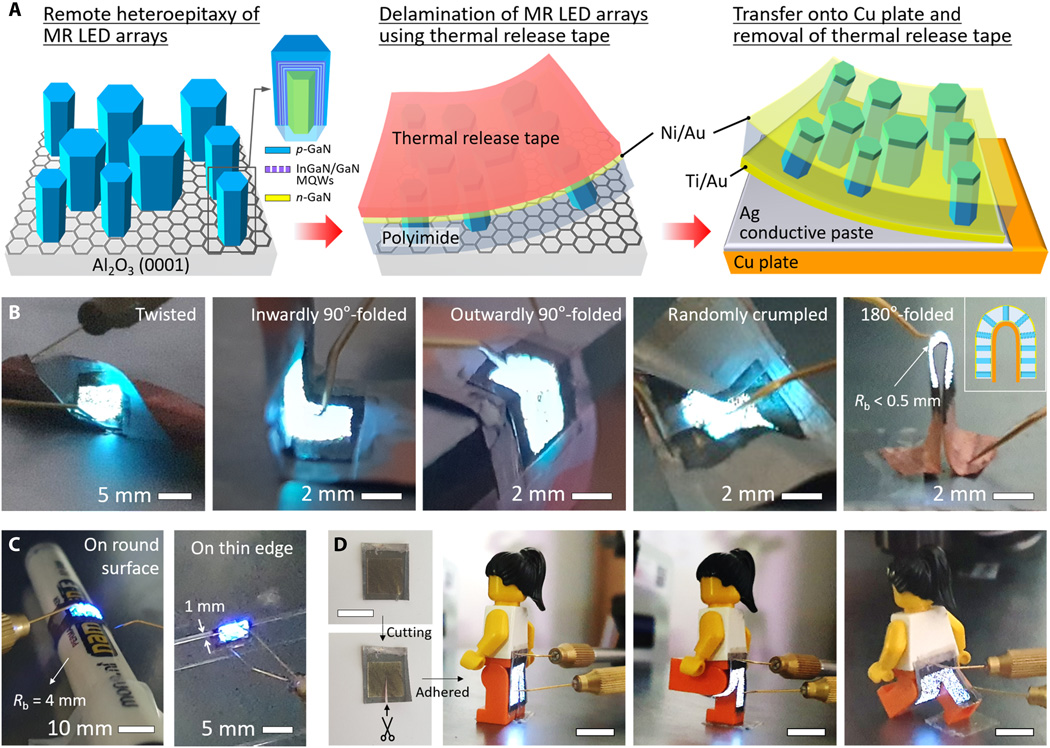 Since the Micro LED is flexible, researchers said that it can be attached to curved surfaces like cloths or skin, extending application possibilities.
Based on the result, the team hopes that the versatility of remote epitaxy will readily drive the epitaxy technology to advance manufacturing of flexible, wearable electronics.